Like an object that has landed from space, Superego credenza surprises for its perfection. The body is embraced with a gesture of strong quality by two reflecting steel shells, presenting a perfectly balanced and rounded volume. It appears like a soft and pure monolith.

Featuring a new opening system, the doors easily overlap by means of special swing arms, to allow for maximum usability. The interior is illuminated by a lighting system hidden in the side shells, with an automatic switch driven by the movement of the door.

The sideboard which expresses Acerbis technological research with its sinuous forms and dual door opening mechanism. High sideboard whose body perfectly calibrated and rounded, enclosed with a strong gesture qualitative and formal by two sides “shell”. It appears like a soft and pure monolith. The doors overlap to allow for maximum usability, thanks to an exclusive opening with special swing arms with controlled return system. The interior is illuminated by a lighting system concealed in the side shells, with automatic switch driven by the movement of the door. 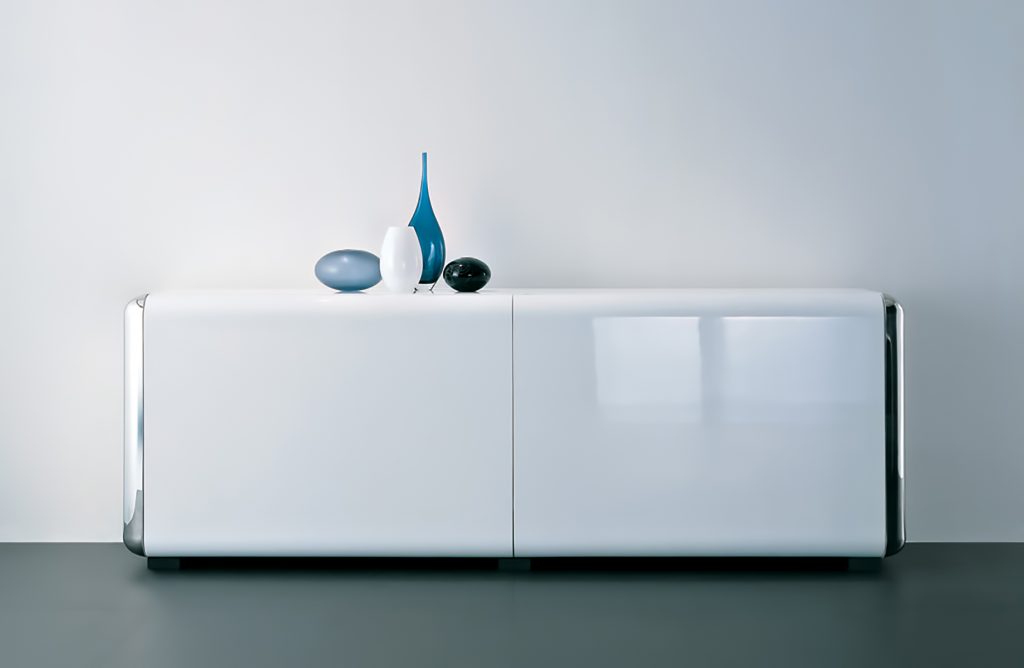 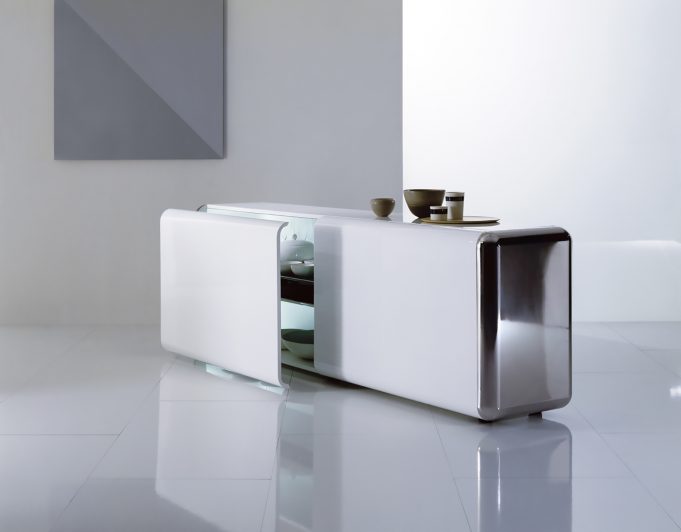 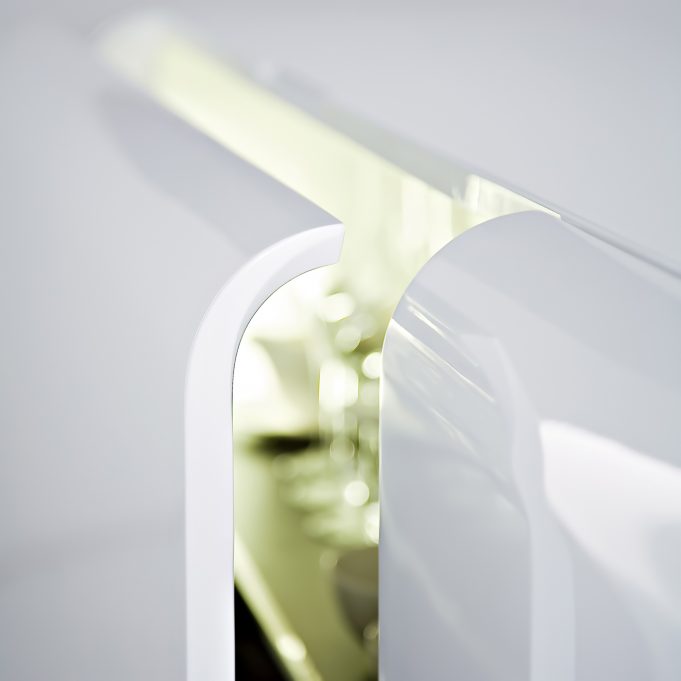 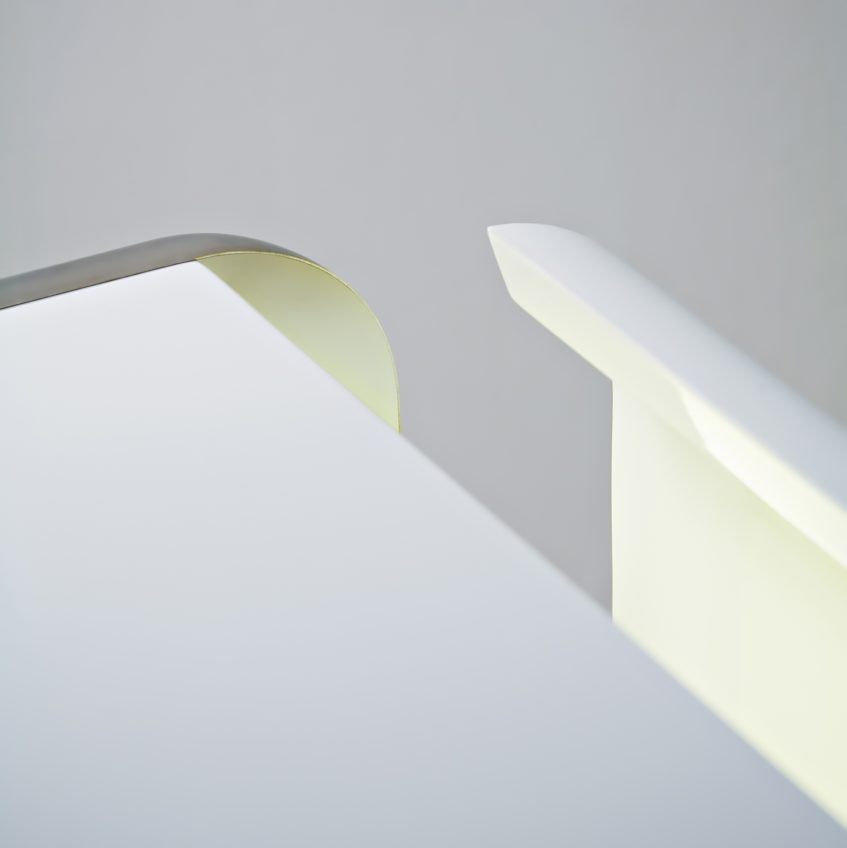 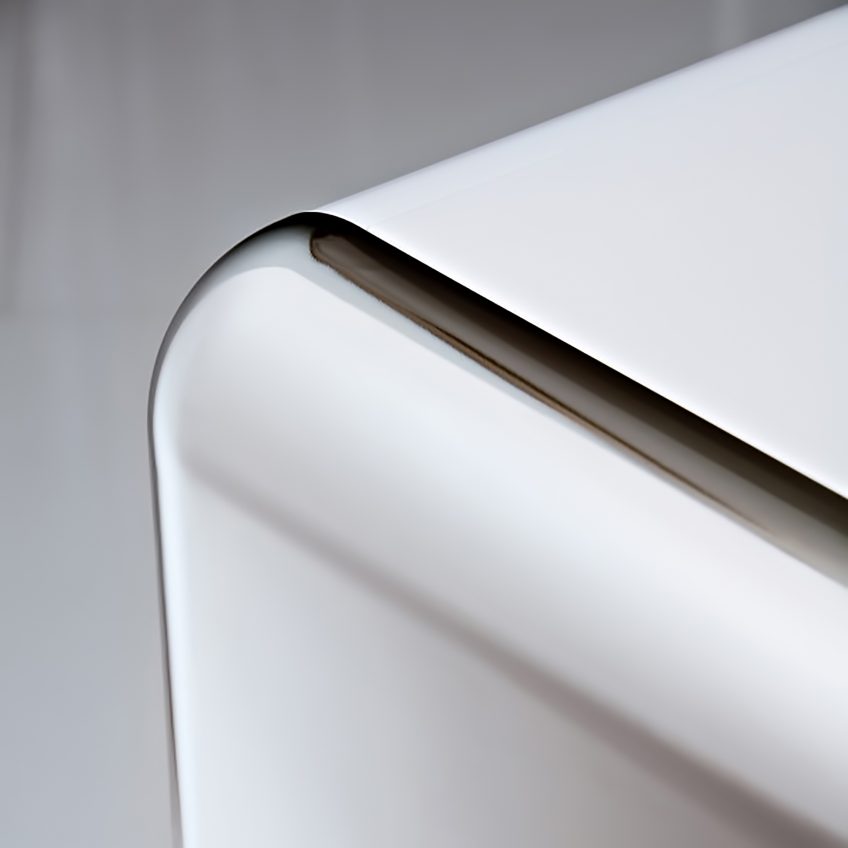 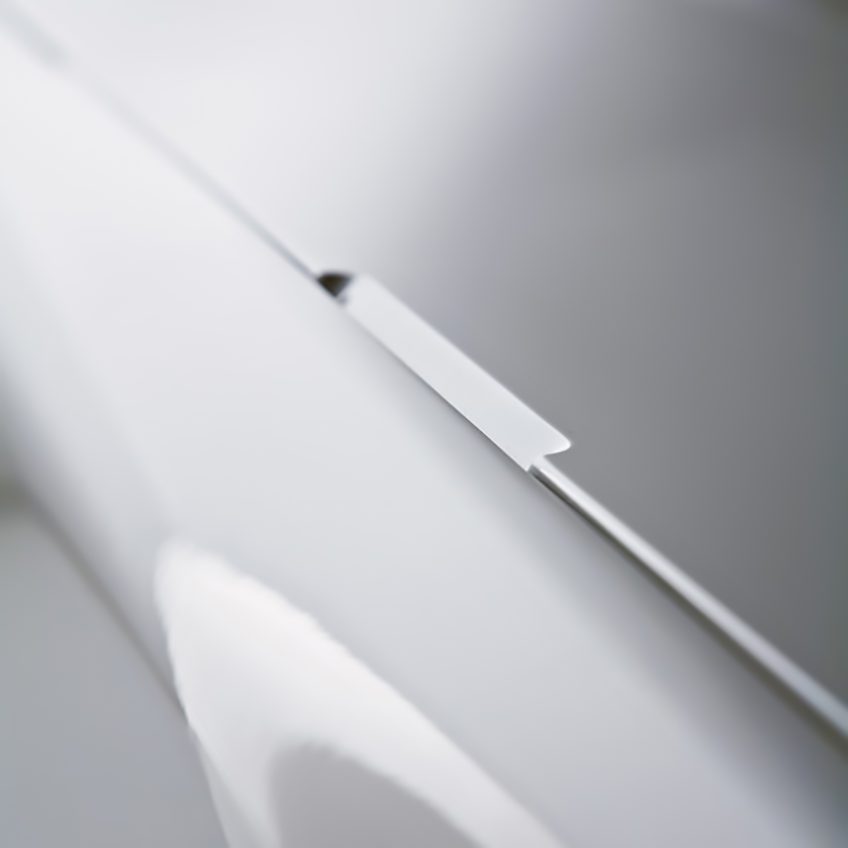 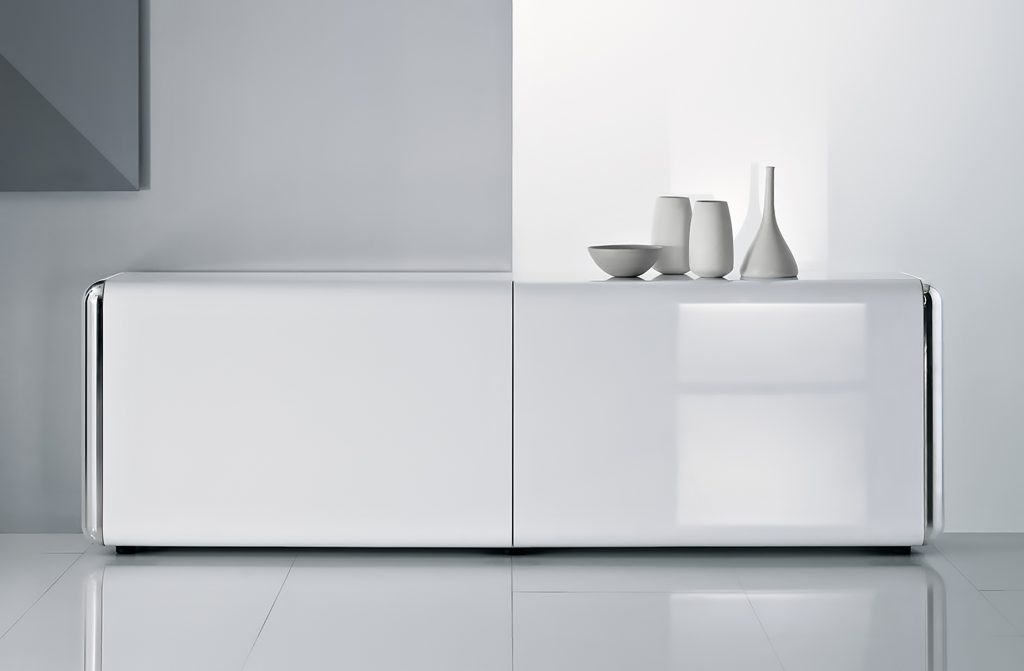 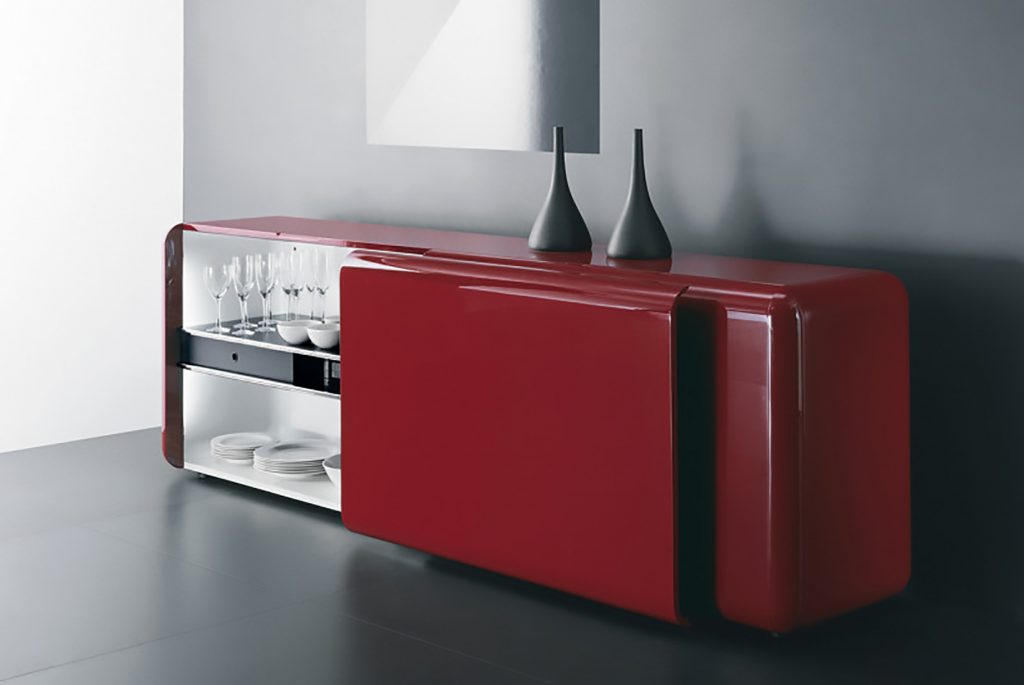 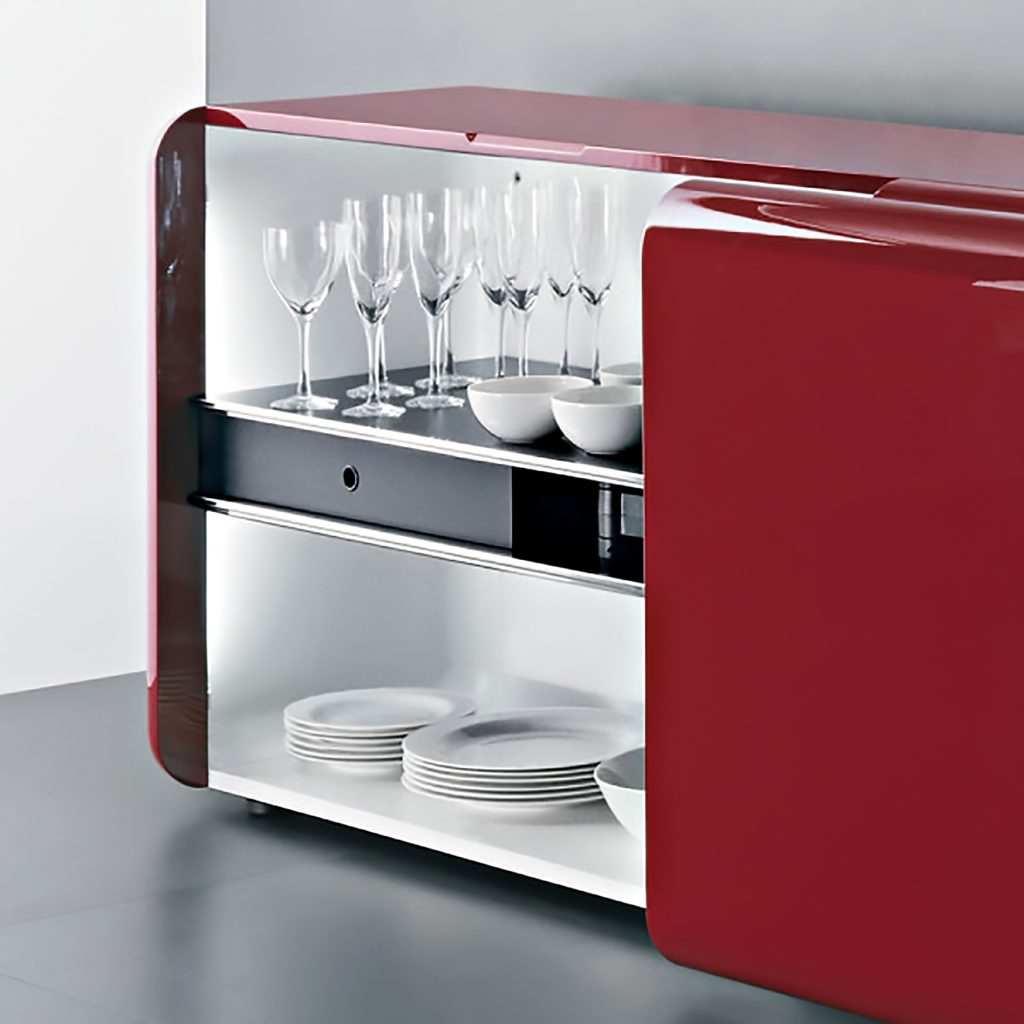 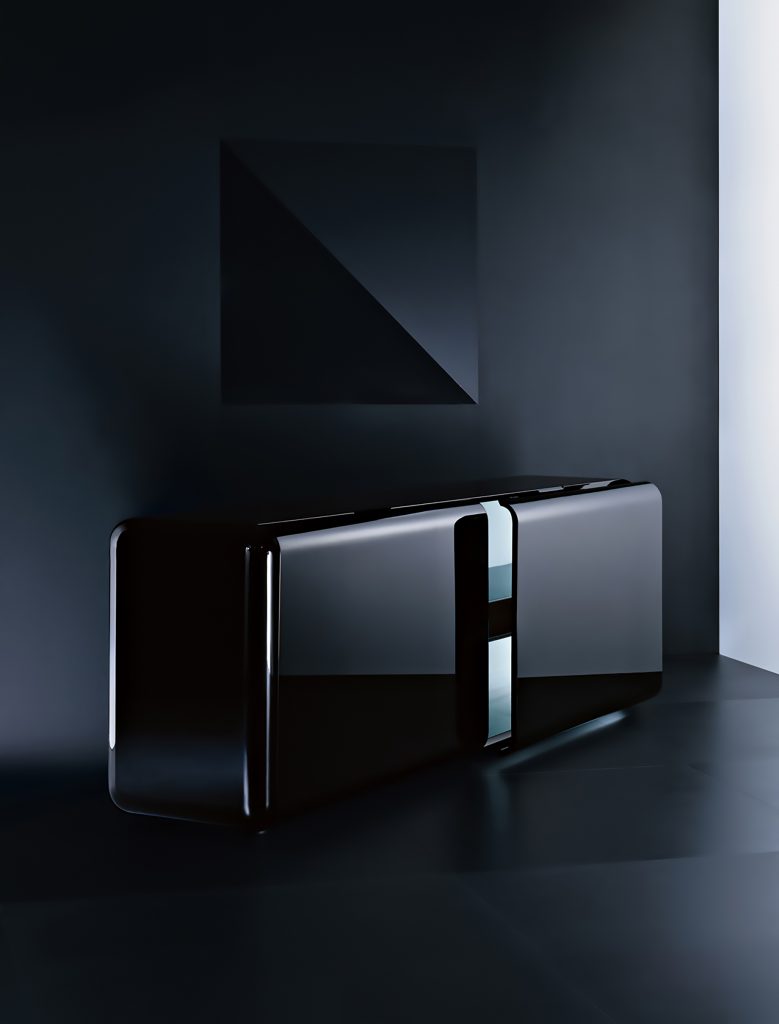 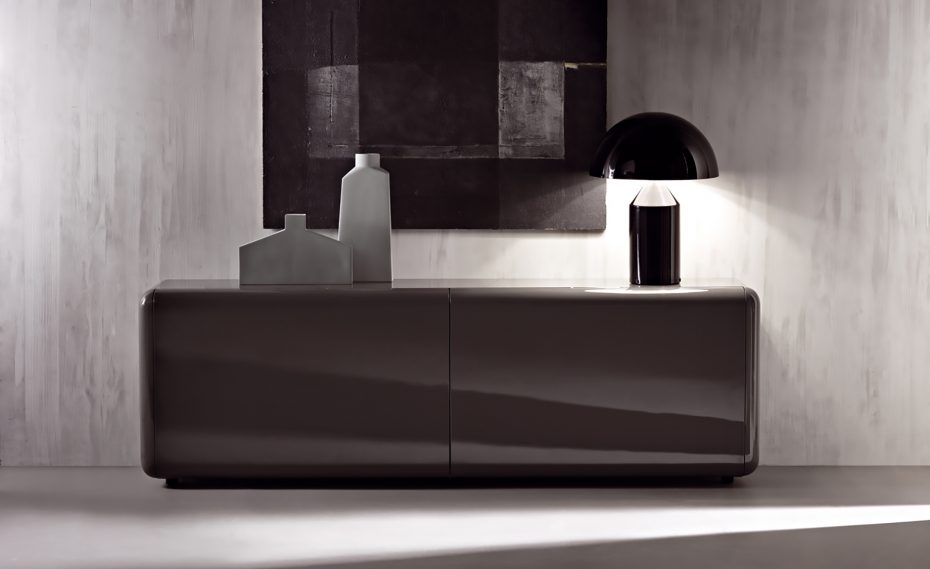 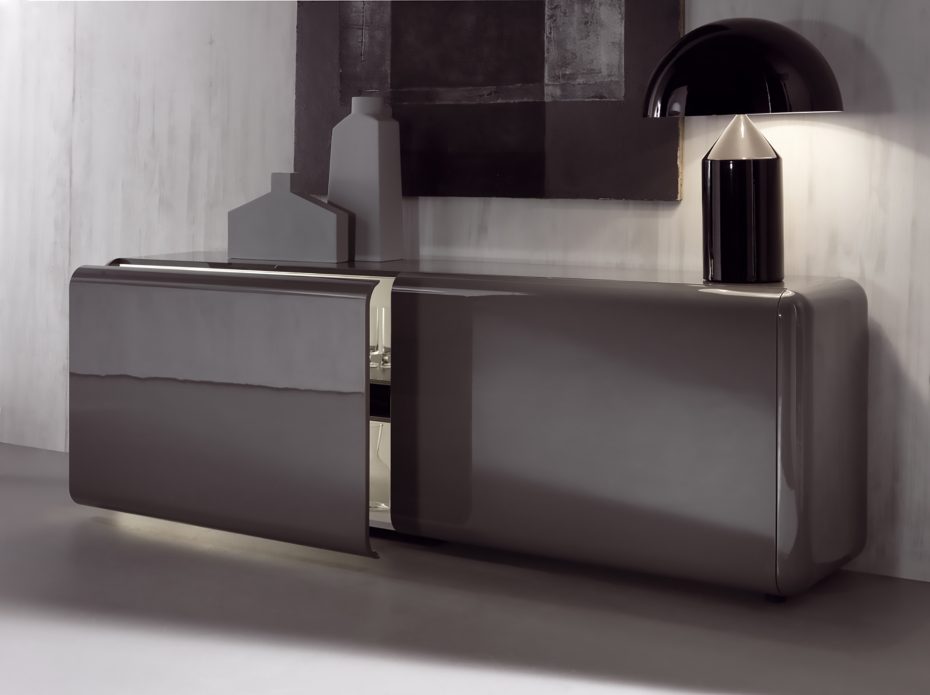 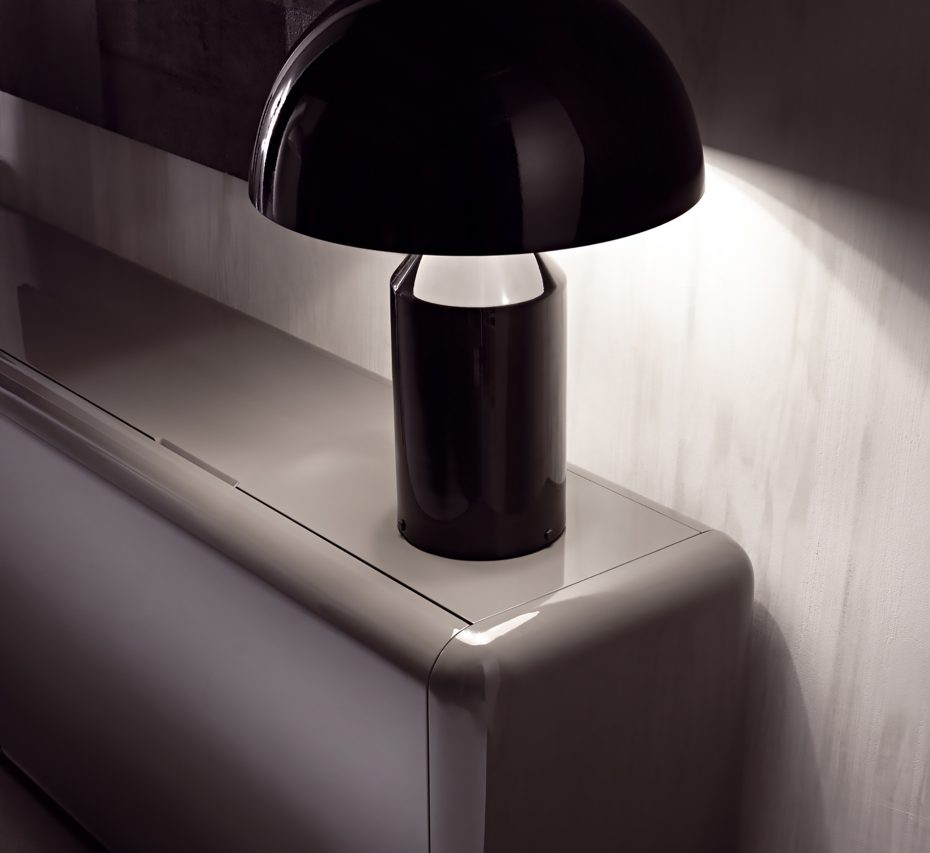 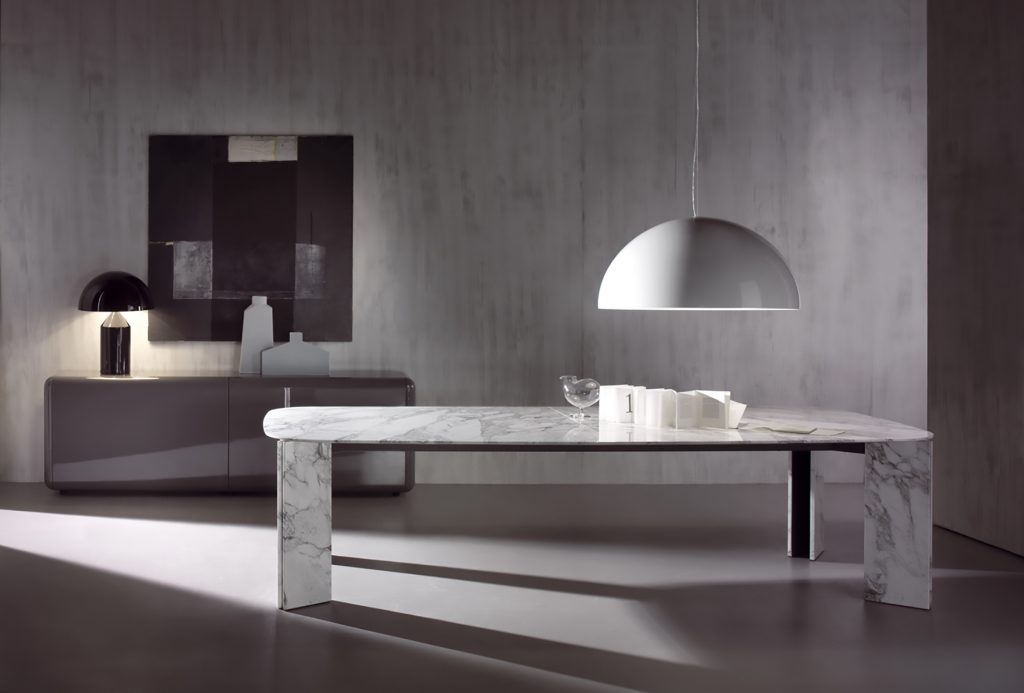